In case you decide to follow the program on the Flower Square – our oldest stage, we have prepared for you a program filled with street art performers and street musicians, art manifests, as well as the Chinese (check this out!) snack pack! On Friday and Saturday evening feast your heart and soul with concerts of Ajngemahteca (tribute to Mr. Morgen – Ivo Robić) and Slovenian cat Zoran Predin. The program generally begins in the afternoon and ends in late night with fiery performances or gigs. If you consider yourself to be more of the athletic type, you can choose to play simultaneous chess which is held in collaboration with the Red Cross of the city of Zagreb. 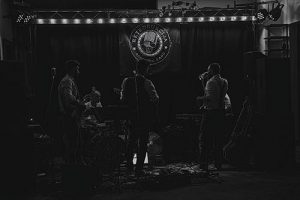 Retrodukcija is an energetic band of six, that is playing the best tunes from “new wave” till nowadays, unplugged. The band has been for years partying in the famous Zagreb night clubs, known to be sold out. Well, this year you have an opportunity to check them out free of charge and have d’Best party on d’Cest. 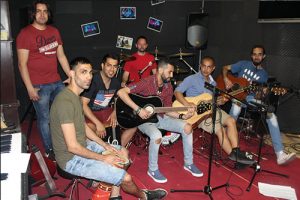 This band consists of a few seekers of international protection, one an asylum-seeking person and employee of the Croatian Red Cross. They are travellers who were on their way to safety, and a better life, halted in our city. They didn’t have a chance to take a lot of baggage from back home, however, they did bring love for music. These weary seekers of happiness have found music that everyone loves and formed a band, here in our city. Well, welcome and have Cest – d ‘ best! 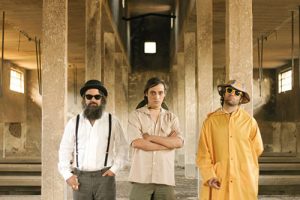 Herpes Zoster is the virus in the human body caused by poor immune function. When we encounter society with the poor immune function, a band of musicians, Zoster is activated in order to boost it’s immune system. Energetic guys from Mostar, performed at the biggest festivals in the region, and beyond, and finally we got them on Cest! They certainly have something to say, they know how to entertain us, and most importantly, they are hell of a fine musicians! 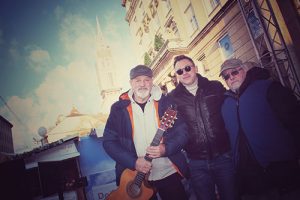 Ajngemahtec” may imply something nice and warm, something that feasts our body and soul, something familiar and precious from the childhood. And the Ivo Robić’s music played by Ajngemahtec band is precisely that, and more. The beautiful and valuable items should be preserved, and Kiki Beluhan and his crew (the emperors of croatian music) are doing it in the best possible way. Bring your spoons and dig right into the bowl of good music! 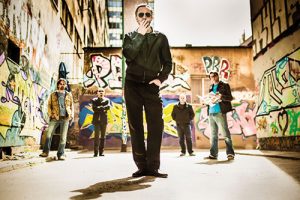 Sarajevo has status of the inexhaustible reservoir of great bands, that for generations thrill the whole region. Thank you, Sarajevo, on Pikes and the flying show. In 2018 Letu stuke prepare release of their fourth studio album, which have already been promoted by two successful singles ‘’Bože zdravlja’’ and ‘’Supermarket’’. Let’s listen to the old hits and the new songs on the European Square! 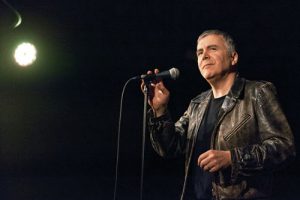 Zoran Predin has a remarkable way of getting into hearts of the women of all generations. It something you definitely need to see live! Observe and learn! And for those who did not know: Lačni Franz is one of the most famous band in this region of the 80 ‘s and beginning of the 90 ‘s. Due to its modern musical expressions and poetic, often provocative, lyrics they were often considered to be part of the new wave scene together with Buldožer, Pankrti, Paraf, Azra, Idoli, Haustor, Električni Orgazam, Šarlo Akrobata, etc. 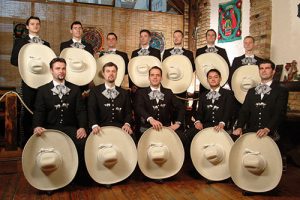 “From informal fastness in Zagreb’s Mex Cantina to the prestigious Croatian and foreign theatres and concert halls, from the club attraction to the prominent participants of a large international gathering Encuentro Internacional del Mariachi y La Charreria, in the heart of Jalisca, twelve Los Caballeros have grown to be a great mariachi band from a small country where cactus does not grow.” These are the words of the great Dražen Vrdoljak and we have nothing to add, except that we proudly remember their very first appearance on the Cet is d ‘ Best back in 1999. SI SEÑOR! 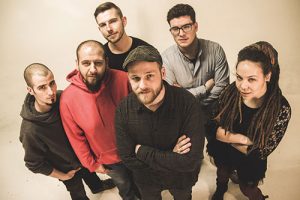 Their new single is called “Zašto ne pokažemo djeci?” – “Why don’t we show it to the children?”. So, let’s show the children how to rock, ska and reggae, how to dance and party…..how to farewell to xt one. Well, children – bring it on!

We use cookies to ensure that we give you the best experience on our website. If you continue to use this site we will assume that you are happy with it.Ok