The best street festival in Europe lives on the street 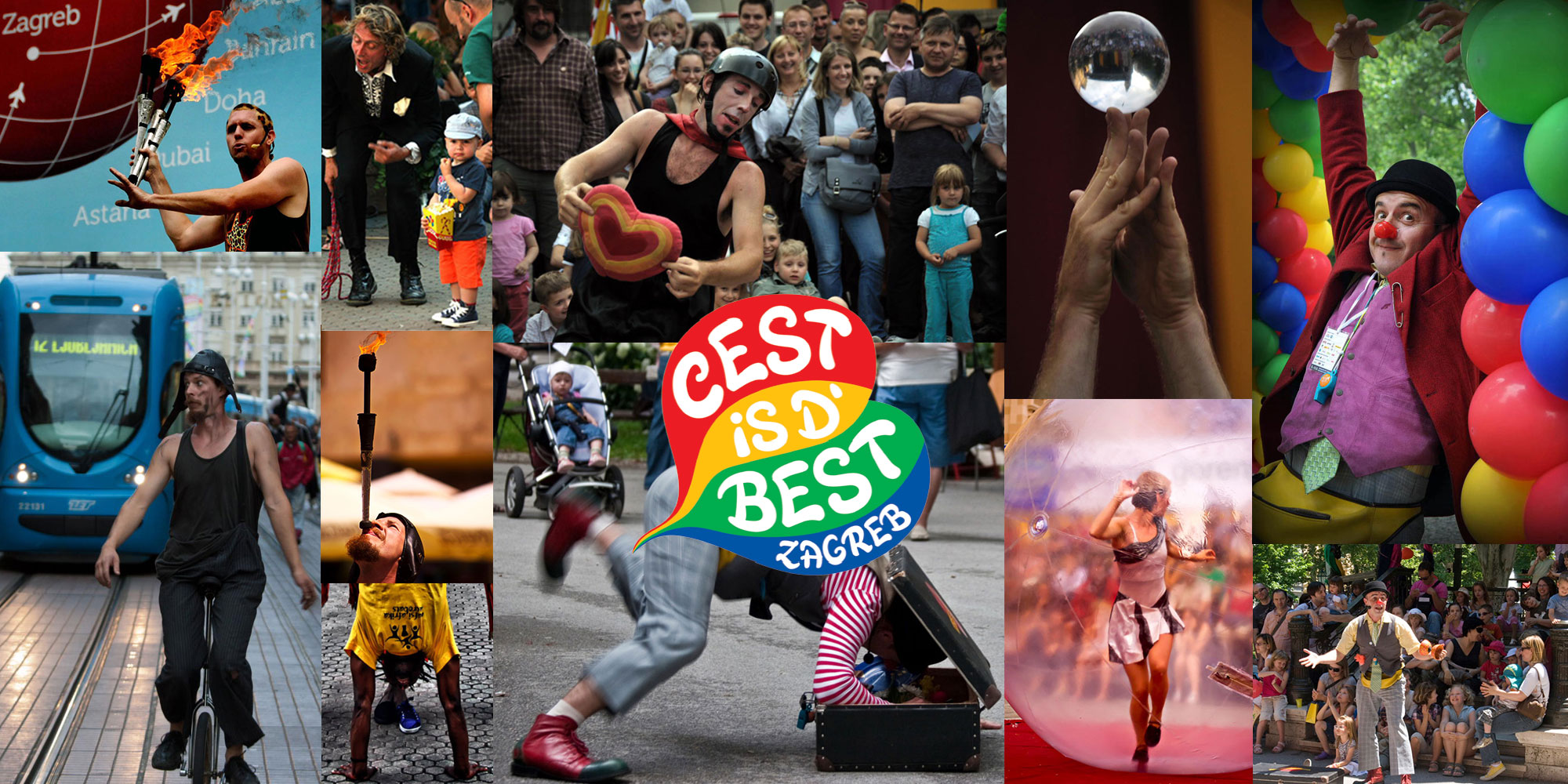 Programme on 6 stages with hundreds of performers from all over the world, 5 days filled with performances, music, drama, children’s activities, art, sport and other events will put a smile on the faces of fans, as well as all chance passers-by and visitors to Zagreb.

Cest is d’ Best, by the Kings of the Street, is an international multimedia street festival, which preserves Zagreb’s identity, enlivens city streets and squares, bringing them back charm and optimism. It erases the borders between the established forms of culture and alternative culture, brings closer all generations of citizens through various cultural preferences because each and one of them can take part in the programme!

Visit us again! Make the most beautiful streets in the world even more beautiful!

Biography of the International Street Festival Cest is d’ Best

Following the European urban tradition, a street festival named CEST IS D’ BEST was founded in Zagreb, in 1997. Today it is the oldest street festival in Croatia, promoting and creating street cultural expression and tourist attractions in the capital of Croatia. Its full name is the International Street Festival Cest is d’ Best and its authors are great musicians and street artists themselves, Zlatko Petrović – Pajo and Miran Hadži Veljković – Hadži.

Every year festival events transform the centre of the city entirely and on the average 50 000 people see the programme every day. News about the festival is covered by both local and foreign media, and many companies find Cest is d’ Best an attractive sponsorship opportunity.

The features of the festival are: music, theatre, children’s activities, art, sport and other kinds of performances.

We will mention only some of the traditional events and activities like Dukatino Baby Race, PoŽuji Waiters’ Race, Dustmen Cart Race, Sign Language School, The Slowest Bicycle Ride, The Wandering Piano, Žuja Performer Plac, and a number of other amusing and committed art installations designed by young art talents from our city. Music stages located on several squares in central Zagreb also give the city a special touch. Find them on Jelačić Square, Cvjetni Square, in Bogovićeva Street, Tkalčićeva Street and in Zrinjevac Park.